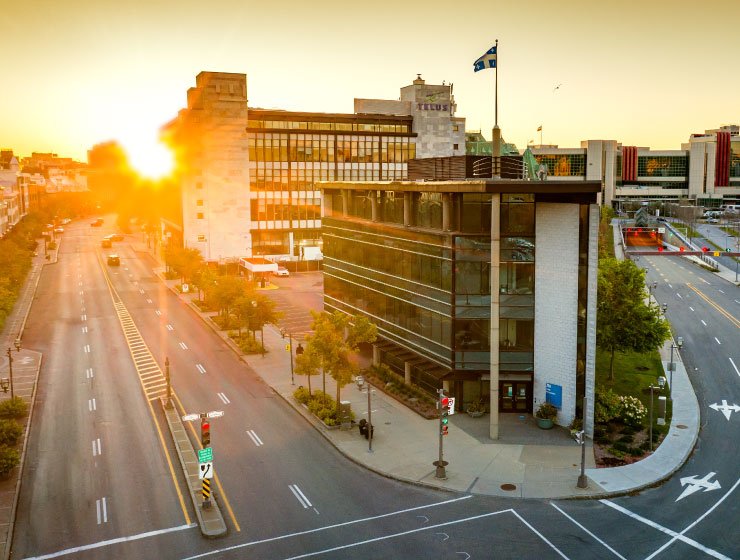 Day after day, our ships ply the river, adapting to the changing tides and braving harsh winds, currents and ice conditions. Their strength allows them, each year, to carry millions of passengers and hundreds of thousands of people. vehicles as well as transporting thousands of tonnes of goods from one shore to the other, thus forging unwavering links within Quebec society.

Consult our descriptive sheets to discover the characteristics of each of our ships! 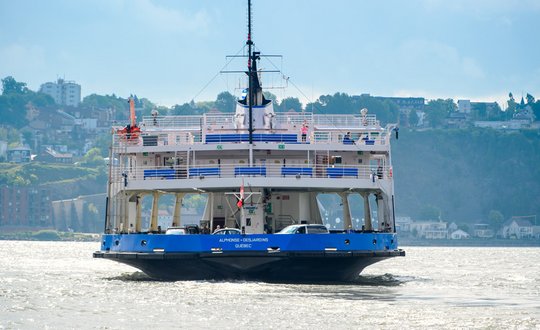 MV Alphonse-Desjardins, a ship assigned to the Quebec-Levis ferry, designates the founder of the Caisses populaires Desjardins. MV Armand-Imbeau was named in memory of a famous designer and builder of ships from the Tadoussac region. 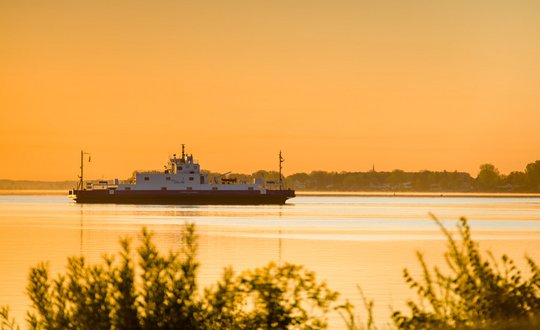 The MV Catherine-Legardeur bears the name of the wife of Pierre de Saurel, first lord of Saurel and captain in the Carignan-Salières regiment. 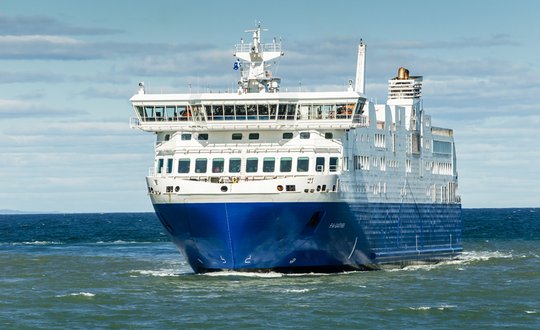 MV F.-A.-Gauthier, for Félix-Adrien Gauthier, is the largest ship in our fleet offering various services to enhance the experience on board. 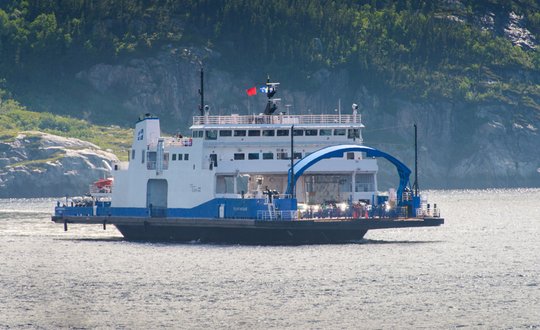 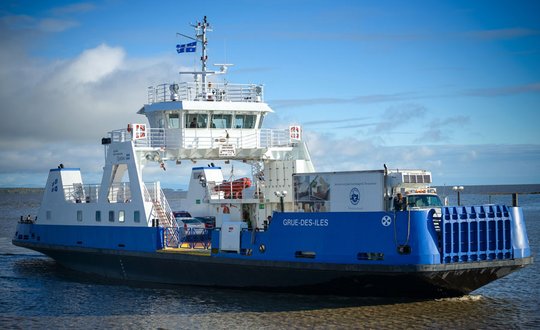 MV Grue-des-Îles received this name in reference to L'Isle-aux-Grues where many migratory birds stop over in the spring and fall. 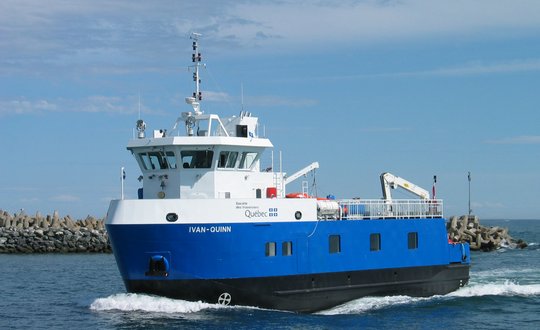 MV Ivan-Quinn is named after a colorful character from Entry Island. A friendly grocer and mayor of the island for many years, Mr. Quinn was also known for his talents as a musician and singer.

The MV Alexandrina-Chalifoux is named in honor of a pioneer in the dairy industry in the Sorel region. 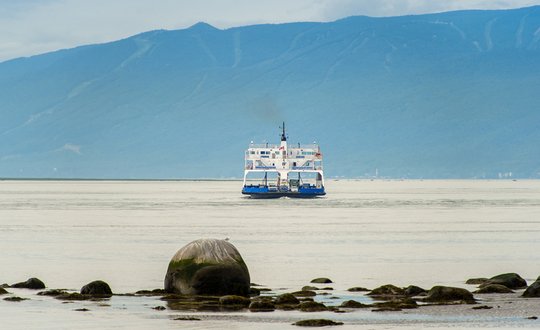 MV Joseph-Savard bears the name of the first settler of L'Isle-aux-Coudres. 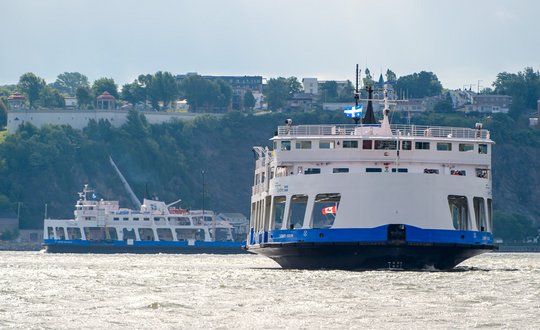 MV Lomer-Gouin recalls the name of the 13th premier of Quebec who later became lieutenant-governor of the province of Quebec. 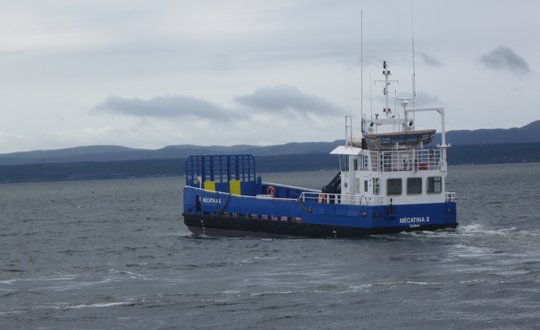 The name Mécatina comes from the Montagnais word makatinau which means big mountain. Several entities of the region served by the MV Mécatina II bear this name, even the most important school of fish that roams in this sector is called Le banc de Mécatina. 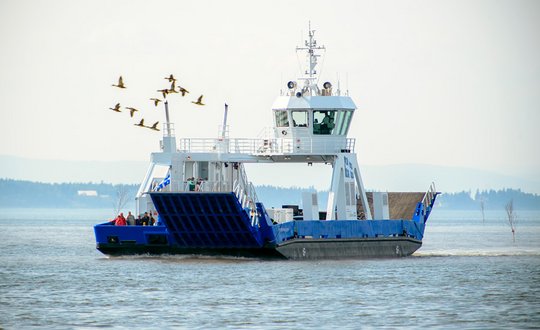 MV Peter-Fraser is named after the man of Scottish descent who first settled on Green Island at the end of the 18th century. 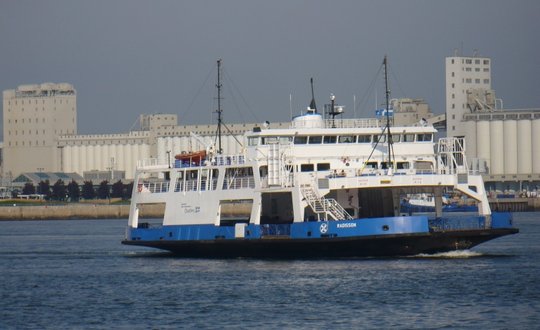 The MV Radisson is named after a famous 17th century French explorer, fur trader and founder of the Hudson's Bay Company. The Royal Sea 23 acts as a relief vessel to cross the Saint-Augustin River. It can carry up to six passengers in open water. 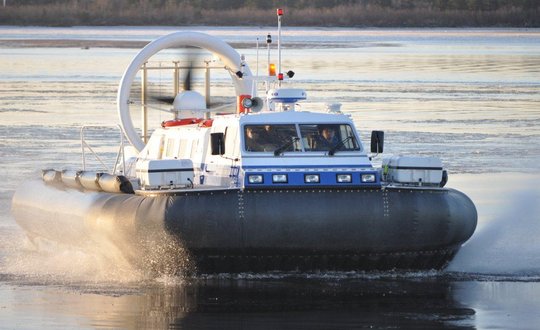 The VCA L'Esprit-de-Pakuashipi is the name of the Saint-Augustin ferry hovercraft. This name is a lucky charm that protects the passengers of the ship during their crossings between the villages of Saint-Augustin and Pakuashipi, an Amerindian village which means dry river. 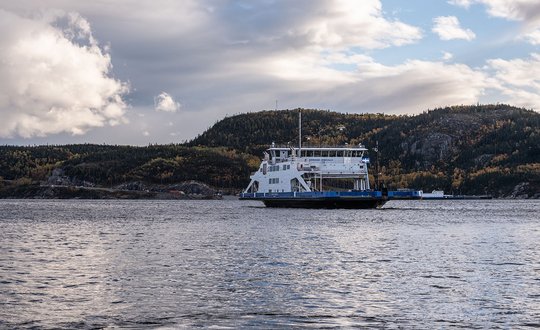 MV Armand-Imbeau II was named in memory of a famous designer and builder of ships from the Tadoussac region. 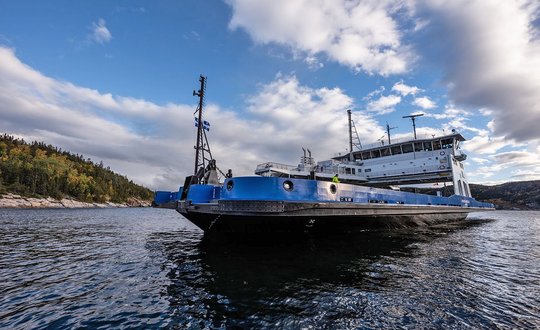 MV Jos-Deschênes II recalls the name of the first captain to assiduously ensure the crossings between Tadoussac and Baie-Sainte-Catherine. 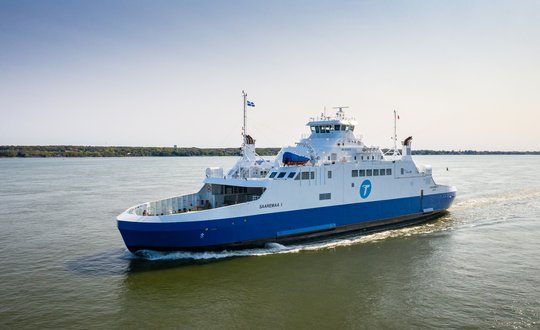 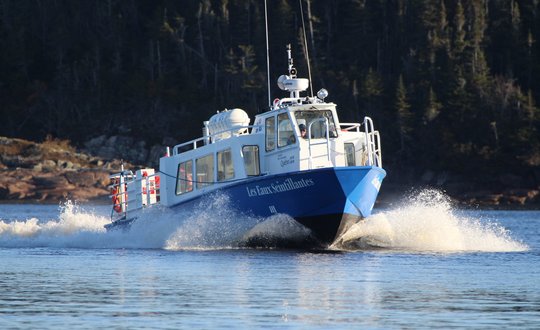 The MV Les Eaux Scintillantes acts as a watercraft at the Harrington Harbor-Chevery crossing. It can carry up to 16 passengers. 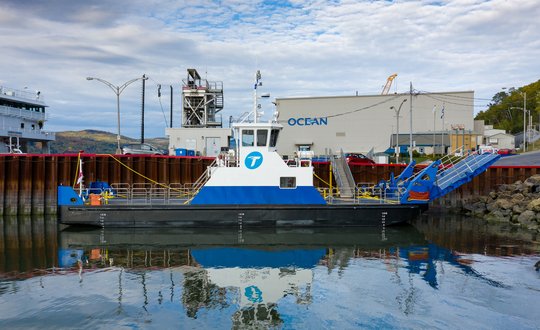 The MV Rivière Saint-Augustin was designed specifically to meet the requirements of freight transport in the maritime region of the Lower North Shore and the Saint-Augustin River.